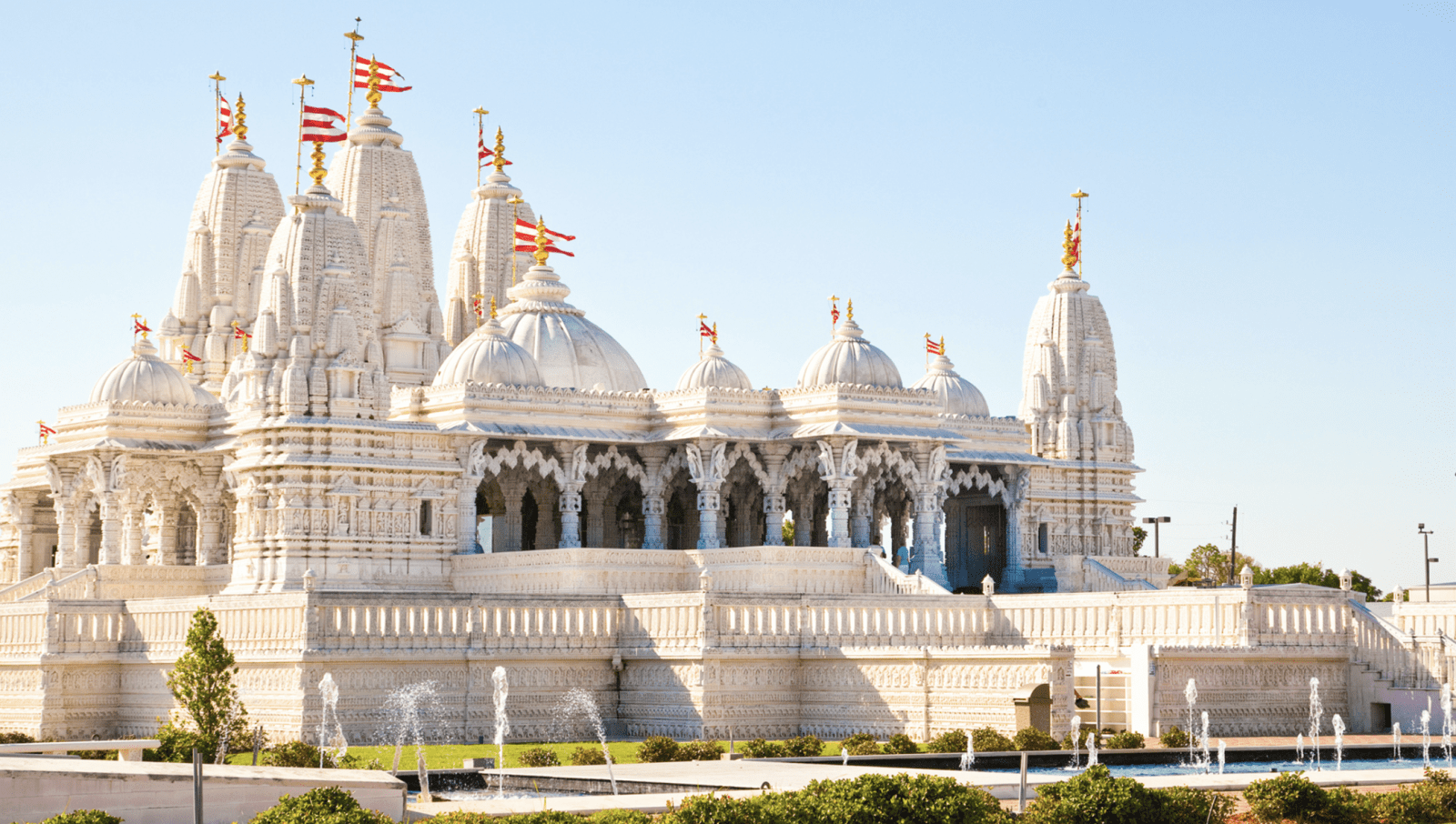 For followers of Hinduism, the BAPS Shri Swaminarayan Mandir is a place of worship. For the visitors to the Sugar Land area, the Mandir is an architectural marvel. With 33,000 pieces of Italian marble and not a shred of iron or steel, the Mandir is hard to miss when driving through Stafford, Texas.

The Mandir was built over 28 months from 2002 through 2004. It follows the sacred architectural principles outlined in the Shilpa Shastras—Hindu texts that provide design principles for arts, crafts, and architecture. At 11,500 square feet, and surrounded by a 25,620-foot deck, it is one of the largest structures in the immediate area.

The walls and columns are adorned with depictions of Hindu deities, animals, musicians, and geometric designs, all hand carved in India. The central shrine celebrates Akshar-Purushottam Maharaj, with the murti of Swaminarayan on one side and his faithful devotee Gunatitanand Swami on his left. Other shrines are devoted to Shiva Pavarti, Radha Krishna, and other prominent Hindu deities.

For those who are not part of the Hindu religion, the Mandir features an “Understanding Hinduism” exhibition that explains how Hinduism and India have made significant contributions to science, mathematics, and the arts. The exhibit describes heroes in the Hindu faith and culture that reflect their core beliefs and ethics.

Visitors are asked to follow a neat-casual dress code. Tank tops, shorts, and skirts shorter than knee length are forbidden. Visitors must remove their shoes before entering the Mandir campus. Photographs and videography are also prohibited, as is touching the carvings within the Mandir.

Have a home in the area you need to sell? Visit us here to learn how we can help!

Up Next: FunPlex Amusement Park