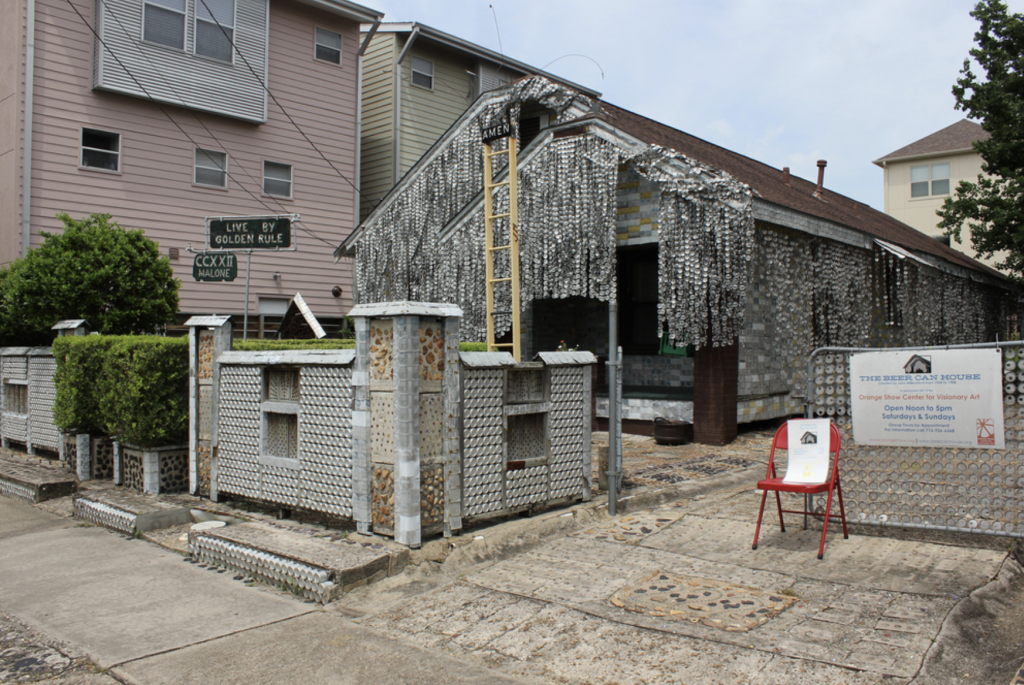 John Milkovisch, a retired upholsterer who had worked for the South Pacific Railroad, built the Beer Can House. In 1968 he began the project that would eventually be known as the Beer Can House. He saw the project as a fun activity and an enjoyable pastime; he never intended it to be a work of art. John started with the walkway and driveway of his house. He inlayed marbles, rocks, and metal into concrete or redwood pieces and created personally constructed landscaping.

After completing the yard, John looked to the house. He decided to add aluminum siding to the house – aluminum siding made from beer cans. John used flattened beer cans to cover the entirety of his home. Upon completing the siding, John continued his project by creating beer can garland to hang from the edges of the roof. This garland functioned like wind chimes, and, as a bonus, it helped reduce the household’s energy bills. Over 18 years, John Milkovisch transformed his home into a marvel.

According to Ripley’s Believe It or Not, the Beer Can House is estimated to have used over 50,000 beer cans in its construction. At first, the house was merely a point of interest to the neighborhood. However, over time it has become a regular art stop. The Beer Can House offers tours to allow people to roam through the house and explore the décor.