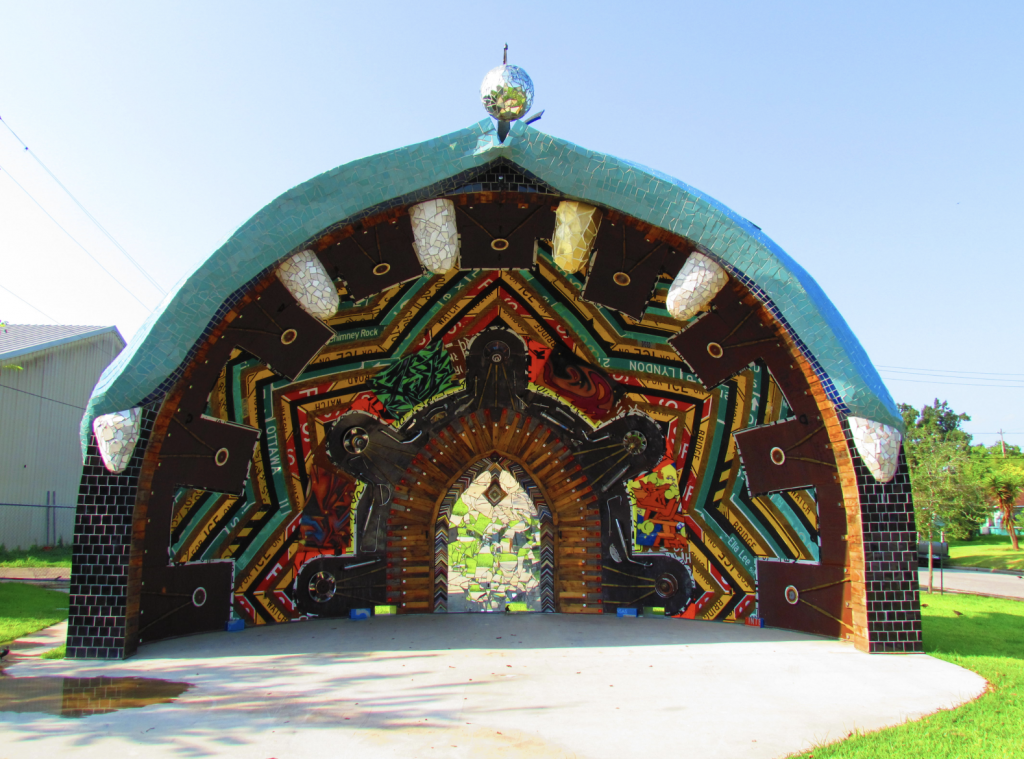 A mail carrier by the name of Jeff McKissack created The Orange Show in a lot near his home. He spent years, from 1956 until he died 1980, using common building materials and recycled items to build the Orange Show space. He made a labyrinth of walkways, arenas, and balconies to cover the area. Using the same materials, he created decorative exhibits painted with mosaics along with brightly painted statues.

Upon his death in 1980, Marilyn Oshman, a local patron of the arts, wanted to guarantee the preservation of the unique space. As such, she formed a non-profit organization to achieve this goal, transforming the Orange Show into the Orange Show Center for Visionary Art. The organization strives to encourage creativity and self-expression through art and preserve instances of creative art, such as the Orange Show Monument.

The Orange Show monument is a 3,000 square foot hand-built maze featuring many different areas. Its construction is unique in that it consists of a combination of general building materials, such as concrete, brick, and steel and recycled objects such as wagon wheels, gears, mannequins, and tractor parts. The entire space was built and painted by hand. The Orange Show contains artistically constructed areas like an oasis, wishing well, and pond, as well as a museum and a stage for performances.

Up Next: Space Center Houston